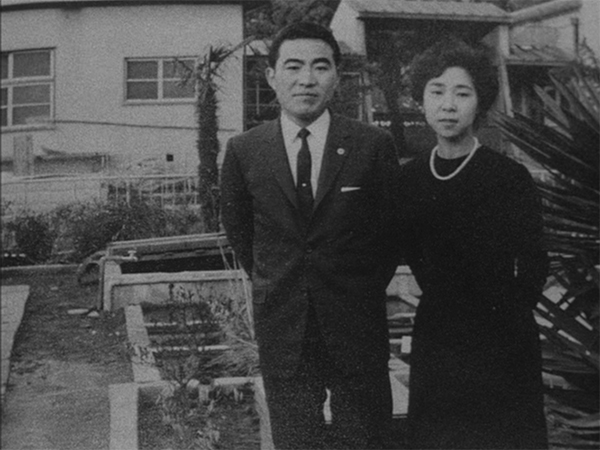 To understand the significance of Shohei Imamura’s A Man Vanishes [Ningen Jōhatsu, 1967], one must first have an understanding of the reason behind its genesis.  Perhaps the most consistently alarming aspect of Japanese society today – and indeed for the best part of half a century – has been the rate in which its citizens have simply vanished into thin air, with a statistic of 100,000 per annum being roughly estimated.  Compared to Japan’s unusually high suicide rate – one of the largest in the world – which makes up just 0.1% of that sum by comparison, it’s easy to place such a terrifying prospect into far greater context.

Commonly referred to as “Jōhatsu” [lit. Evaporated], it’s often believed that these people simply disappear of their own volition, leaving behind only frustration for their families.  The reason behind these orchestrations can only be looked upon at a speculative level – whether they were owed to circumstances such as divorce, severe debt, job loss or fear of failure, the leftover result is one which stirs feelings of anger and befuddlement; a sense of hopelessness which is only heightened by how the police force chooses to investigate missing persons cases, many of which are terminated on account of just how “successful” the victim has been in never wanting to be discovered.  Few cases, for whatever reason however, are not always reported, perhaps in part due to the shame that such an act brings upon the family.

Entering the scene barely two decades after the events of World War II, from which Japan as a nation was struggling with a great sense of disgrace and was rebuilding itself from the ashes, A Man Vanishes also came during a timely period in which the Art Theatre Guild – which was initially established to distribute foreign and domestic arthouse cinema – ventured into producing their own features in a bid to help out struggling artists, whose visions would often be at odds with that of the industry’s major distributing houses.  The ATG itself was born from years of national turmoil, which saw Japan enter a period of student uprisings as unions voiced their concerns over the Anpo treaty, designed to see the United States commit themselves to help defend Japan in the case of future conflict; a by-product being that the setting up of U.S. military bases would breed social paranoia. This was but the beginning of a decade-long struggle, which saw student groups go on to oppose other conflicts happening within their homeland and overseas – and the ATG would be there every step of the way.

The Art Theatre Guild, then, would ultimately serve as an axis for vocal and talented filmmakers; the co-productions themselves would see the ATG front half of the bill, while the director would have to get creative in mustering up the rest.  These were typically known to be 10,000,000 yen productions and while for a director to have to split the budget down the middle seemed unorthodox at the time, it meant that the payoff resulted in having carte blanche.

Director Shohei Imamura had already amassed a respectable reputation for himself, thanks to features like Pigs and Battleships and The Pornographers earning himself western recognition; his desire to uncover more secrets within Japan’s underbelly, however, saw him move toward a more documentarian approach, resulting in him collaborating with the ATG for his inaugural feature with them.  The intentions behind A Man Vanishes are sincere enough, with Ishimura initially having set out to document the disappearances of twenty or so citizens, only to soon realise that such an undertaking would be far too ambitious a feat.  Instead, the director chose to focus on just one case: a man by the name of Oshima Tadashi, who vanished without a trace, leaving behind his grieving parents and his fiancée, Yoshie Hayakawa, who had searched desperately for almost two years until being contacted by the director.

There is something futile from its ominous tone to suggest that A Man Vanishes won’t culminate with a sunset denouement, presenting the realisation that nothing is ever simply black and white, with areas so grey that it will forever remain an enigma in Japanese cinema.  What starts off as an earnest attempt to portray a fractured soul raised by a humble upbringing, soon subverts itself to all-out character assassination, as through various interviews with Tadashi’s parents, colleagues and formally betrothed, we’re painted a portrait of a kind, yet self-conscious man with criminal tendencies, who shunned a society that had tried to help him. Or did it?

Ishimura’s film, for all its determination to uncover the truth behind Tadashi’s disappearance, is one which perhaps unwittingly reveals more about the human condition than it may have set out to achieve.  As the investigation moves between street vendors and the family domicile – to which things become so hopeless that spirit mediums are called in to solve a riddle which should ordinarily come down to basic logic – A Man Vanishes does more to overshadow its initial subject in the way it tests the will of the human spirit; how it dissects the core being of its players to reveal certain truths, personal fears and concerns, which inevitably exposes deep flaws under the surface, thus forcing the viewer question just what it is that we can really bring ourselves to trust.

Nothing is more relevant than in seeing Ishimura’s star player, Yoshie a.k.a. “The Rat”, at work. Taking to the streets with actor Shigeru Tsuyuguchi by her side – here, covering for the film’s director in order to maintain credibility – the stone-faced jilted one becomes less of a sympathetic heroine as much as she does a defiant voice in contemporary society.  As theories begin to escalate and tension rises upon the discovery of a body which bears an almost uncanny likeness to that of Tadashi, the unravelling of Yoshie’s psyche creates an unintentional commentary on Japan’s patriarchal system, when the investigation turns to her own upbringing.  Ishimura, having spent the best part of a year working with Yoshie, saw over time that she was a character all to herself and as such she becomes the feature’s main thread by the time it hits its midway point.  Peeling away the layers, we begin to witness what was once a timid women in front of the lens now transforming into an outspoken individual who refuses to be subservient to the antiquated ideology that society dictates, much to her eventual undoing.  With the interaction between her and sister Sayo – a rather pitiful lass who is referred to by the crew rather unfairly as “The Witch” and is often spoken about as if she’s not even in the same room – it becomes an almost villainous transition as we discover through her family that Yoshie was always a hardened spirit who wasn’t averse to bullying others and getting her own way. Could she have even been the catalyst for Tadashi’s disappearance?

This revelation is perhaps what makes A Man Vanishes the conundrum it is, given how Ishimura resigns himself to the notion that truth can be stranger than fiction, and in doing so restructures the documentary to to fit an alternative way of processing questions raised earlier.  Provoking Yoshie and her sister with personal questions at times, which only goes on to create further hostility between them, Imamura’s conspiracy theories concerning a family plot centred around the whole sorry ordeal constructs a surreal narrative, which is compounded by his growing suspicions of Yoshie and her own motivations, whether they be boosted by the idea of fame and general attention or indeed whether she’s merely exhausted her options and hopes to create a new start in life thanks to this chance landing on her lap.  This strange turn of events is only aided by the revelation that Yoshie may now be in love with Tsuyuguchi, which is eventually confirmed in a covertly shot confession, which plays out like an outtake from some melodrama.

However, in what becomes something of a self-referential piece of work, Ishimura finds himself forced to make a dramatic decision by its conclusion – quite literally – as he tears down the walls around him to reveal a construct which suggests that nothing we’ve seen here can be considered as being neither truth or fiction; that circumstantial happenings can often trigger the desired outcome.  After all, everything we become privy to here is merely dealt with through second and third hand testimony, most of which is so absurdly vague and at times fantastical that uncovering the truth seems only about as realistic as filtering though uncertain recollections and outright fabrications.

In the end, it seems as though Shohei Ishimura reached a certain sense of enlightenment during his time spent on A Man Vanishes, one which perhaps helped him to find solace within his disillusionment of the whole process and thus steer him toward his chosen path of documenting Japan in the way that he eventually would.  In the decades since Imamura’s first collaboration with the ATG, A Man Vanishes still holds a powerful grip. Few films manage to blur the lines of fantasy and reality quite so hauntingly as this, and it remains a testament to the will of a director who never gave up trying to seek the answers to questions we all invariably share.

This entry was posted in Uncategorized. Bookmark the permalink.